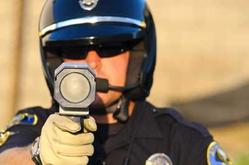 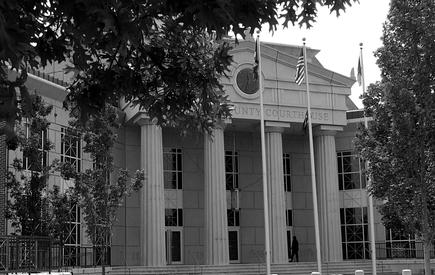 Failure to Appear in Court

A failure to appear in court causes a driver's license suspension and increased court fines and fees.

Getting a ticket is a burden in itself. However, when forgotten or ignored, that ticket will increase in cost and cause other problems, even a license suspension, which can lead to criminal charges, being arrested, and having the vehicle impounded.

When someone fails to appear in court by the date on the bottom of the ticket, the court will send them a notice of collections, also called a courtesy notice. From the day of mailing, the person has ten days to take action or appear in court, Orange County at the website for Superior Court of California, County of Orange: occourts.org. Los Angeles County is catching up and may have online services by now. (LA courts recently improved their website, and changed the address to: lacourt.org.) It can also be done in person. Be aware that different courts have different rules about walk-in cases on the same day that you want to see a judge.

A failure to appear, known as FTA, may cause a civil assessment, known as a CIVA. When a defendant fails to appear in court, the law requires a notice mailed from the court. The defendant has ten days from the date the notice was mailed to take action or the court may add a CIVA, $300 plus administrative fees for a total of $325, to the ticket because of the FTA, failing to appear. There is also a FTP, failure to pay on time, for post-conviction cases, which adds the same $325 to the total court costs on the case.

In addition, Los Angeles Superior Court, at all locations including Compton Court, Long Beach Court, Inglewood Court, Downey Court, Metropolitan Court, etc., was adding infraction 40408 failure to appear charges as infractions, causing the fine to increase $238 to $405 more, on top of the CIVA and original fines.

In Orange County Courts, especially at the West Justice Center, North Justice Center, and Central Justice Center, they may add a misdemeanor for failure to appear. CVC 40508 as a misdemeanor is punishable by up to $4,200 and 6 months in jail. In addition, they add a warrant. Los Angeles Courts add a warrant when someone is driving without a license or no license, or is driving on a suspended license. Although a judge may add a misdemeanor for failure to appear in L.A. Superior Court, it is usually processed as a non-criminal infraction traffic ticket. However, if a defendant has multiple priors, it may remain a misdemeanor, depending on the City Attorney or District Attorney that is handling the case.

Once a defendant appears, some judicial officers are sympathetic to the defendant that failed to appear. However, in Orange County, unless someone has a valid legal excuse such as military service, hospitalized, or jailed, the $325 remains and must be paid to get the license hold cleared. In Los Angeles County Courts, because the fines are so extremely high on FTA cases, it is more common for judges to reduce the fines (although this is likely to change as L.A. judges are now not imposing the additional FTA infraction so original fines on new FTA cases will not have the initial high fines).

Often, when a person represents themselves instead of having an attorney, the court will not clear the hold unless they post bail or pay the CIVA. Then a hold will remain on the DMV record until the case is resolved. Usually, this means that a license cannot be renewed, a suspension will go into effect, or a suspension is in effect already. The DMV is required to give notice of a suspension. This is usually by a letter from the DMV that gives a date when a license will be suspended. It is safe to assume that an FTA will cause a license to be suspended.

The notice from the DMV is important. To convict someone of driving on driving on a suspended license requires establishing that the driver knew that the license was suspended. This knowledge of the suspension is a presumption that the prosecution uses to build a case and conviction. Knowledge is presumed if the letter was mailed to the address the defendant has on file with the DMV. The is only a presumption, meaning the defendant can prove they did not know of the suspension.

Back to appearing in court. A defendant needs to get the case heard in court to clear the hold. This is where an attorney is really valuable. This may require multiple trips to court and several hours in court. It usually takes time. Some courts allow same day appearances, but most courts require setting a future date.

In Orange County, you can appear at any court for the arraignment, but some judges are better than others, as some will not clear the hold--again, why you need an experienced attorney. OC courts include Fullerton, at the North Justice Center, Central Justice Center in Santa Ana, Harbor Justice Center in Newport Beach, and West Justice Center in Westminster. One of the problems with OC FTA cases is that if it is criminal, many judges will not clear the hold until the case is resolved. Another problem is that the court usually only allows a limited number of walk-in cases, for example, only the first ten defendants that try to “walk-in” their case the same day will be able to be heard that day.

In contrast, in Los Angeles Courts, like Metropolitan Court on Hills Street, Inglewood Court, Compton Court, Long Beach Court, formally Governor George Deukmejian Courthouse, and Downey Court, you almost always have to set a future court date, meaning the court will not hear the case the first time you ask to be heard. This is another reason having an attorney is valuable--to run around for you so you are not running in circles trying to navigate the legal system and the unique idiosyncrasies between traffic courts.

Future court dates are usually two weeks out. Court hearings involve sitting in court waiting behind many other defendants until your case is called. Some courts have as many as 250 cases, and your case might be called last.

Each defendant needs to listen to the what the court is doing so that they are not completely confused. Although this still does not explain what it happening, it just helps to now make such a fool of oneself when called up to the bench to speak in public. First, the judicial officer will ask if you want to plead guilty and pay your fines. If you do not, they you better know what else to do. You still have rights, but the court will hold your drivers license over your head (a DMV hold can result in a suspension of your license) until your case is resolved. Maybe you can take traffic school. Maybe you want to set your case for trial. Maybe you are tired of dealing with it all and are ready to lay down and pay it off--the line at court to pay it off can be very long, with all the other defendants in the same boat. So you may be in court all morning, and occassionaly until the afternoon.

If you hire an attorney, like us, we know how to get the DMV hold removed, how to best to fight your case, and maybe even get it dismissed entirely. An attorney knows how to raise the legal defenses and use the legal process to help you avoid the extra $325 civil assessment. An attorney familiar with all of these issues that arise in traffic court in Los Angeles Superior Court is important, because getting that DMV hold off of your license quickly is important. Call us at 310-817-5899.