Why does my ticket cost more now than it did before?

Why is my driver’s license suspended?

Getting a ticket is just another thing that seems to bog us down, feels like two steps back. Accepting that it is simply part of driving–tickets happen–can be difficult. Time passes, and before you know it, months pass by, past the due date. Here, we will discuss Failure to Appear Civil Assessment, also known as “CIVA” and “FTA,” or "FTP" if a post-conviction failure to pay.

When someone fails to appear in court by the date on the bottom of the ticket, the court will send them a notice of collections, also called a courtesy notice. From the day of mailing, the person has ten days to set up a new court date or appear in court. This can be done online in Orange County at the website for Superior Court of California, County of Orange: occourts.org. Los Angeles County is catching up and may have online services by now. (LA courts recently improved their website, and changed the address to: lacourt.org.) It can also be done in person. Be aware that different courts have different rules about walk-in cases on the same day that you want to see a judge.

If someone fails to appear within the ten day notice window, the court will quickly add a CIVA, adding $325 to the ticket, for the FTA, failing to appear. There is also a FTP, failure to pay on time, for post-conviction cases, which adds the same $325 to the total court costs on the case.

Some judicial officers are sympathetic to defendants who fail to appear. However, usually, without a valid excuse–military service, hospitalized, jailed–the $325 is stuck on you until you pay it. If you do not pay it, a hold will remain on your DMV record. Usually, this means that you will not be able to renew your license when it comes time for renewal. However, you may receive a letter from the DMV that gives you a date when your license will be suspended if not resolved ASAP. If you have two FTA/CIVAs, then your license is going to be suspended for sure, but you will still get a notice letter from the DMV giving you the date the suspension will take place.

The notice from the DMV is important because to convict someone on a charge for driving on a suspended license requires knowledge of the suspension. There is a presumption of knowledge if the letter was mailed to the address the defendant has on file with the DMV.

Back to appearing in court. A defendant can how up to court early and appear in court on the same day. However, court clerks will often discourage this by having you set a future date. In Orange County, you must appear in Fullerton, at the North Justice Center in Collections Court. Central Justice Center in Santa Ana, Harbor Justice Center in Newport, and West Justice Center in Westminster, no longer hear “CIVA” cases (abbreviation for “civil assessment” added to a criminal or non-criminal infraction that is otherwise treated like a criminal case [e.g., speeding ticket]). All CIVA infraction cases are heard in Dept. N1 at North courthouse between 8:30 a.m. and 10:30 a.m. on Wednesdays, Thursdays, and alternating Fridays. The Collections Clerk Windows open at 8:00 a.m. Usually, the first ten defendants that try to “walk-in” their case the same day will be able to be heard that day.

Everyone else will have to set a future day. All future dates are at least 5 days out. Remember, cases are only heard on Wed., Thurs., and every other Fri., with a maximum calendar of over 200 cases per day. So for example, if you appear, your case will be called within a 2 hour time period in a room chuck full of defendants. If 260+ cases are called in 2 hours (many defendants have multiple cases), and there are only 120 minutes in 2 hours, … well, you can do the math, it goes fast! How does this effect the individual defendant?

Each defendant needs to listen to the what the court is doing so that they know what to tell the judge when their case is called. First, the judicial officer will ask if you want to plead guilty and pay your fines. If you do not, they you better know what else to do. You still have rights, but the court will hold your drivers license over your head (a DMV hold can result in a suspension of your license) until your case is resolved. Maybe you can take traffic school. Maybe you want to set your case for trial. Maybe you are tired of dealing with it all and are ready to lay down and pay it off. But, the line to pay it off is very long–200 hundred other people in the same boat–so you will be in court all morning.

If you hire an attorney, an attorney knows how to get the DMV hold removed, how best to fight your case, even get it dismissed. Not to mention, maybe you should not be charged the extra $325 civil assessment because you had a valid excuse or some right applies to you. An attorney familiar with all of these issues that arise in traffic court in Los Angeles Superior Court is important, because getting that DMV hold off of your license quickly is important. 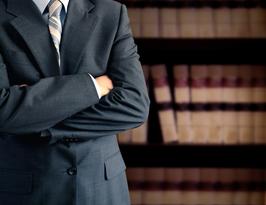 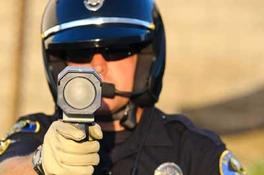