DUI, past posts about DUI defense

DUI – After the Holiday Cheer

We are all excited for the holidays. People are ready to celebrate; even starting with Halloween in a few days, then on to Thanksgiving, Hanukkah, Kwanzaa, Christmas, Winter Solstice, New Year’s Eve, and many other wonderful holiday traditions… For the 2022 holiday season in Los Angeles and Orange County, California, the Police will be in full force, anticipating more holiday cheer on the highway, even DUI investigations. A DUI arrest usually starts with a traffic stop followed by a DUI detention to conduct field sobriety tests, known as FSTs. Long Beach Police do not need to observe “DUI” driving, nor any criminal activity (e.g., reckless driving, hit and run), to stop you for a DUI investigation. They only need a reasonable suspicion that the driver violated the law, usually a California Vehicle Code section and a reasonable suspension that the driver is under the influence of alcohol or drugs. Then, police can briefly detain a driver. However, police cannot make a DUI arrest until they have probable cause. However, police are not judges or attorneys–they do not understand the Constitution at the high level that is required to decide whether they actually had probable cause to make the arrest. If the police unlawfully detained or arrested you, your case should be dismissed. We are here when you need us. Have a Happy Halloween! From the Law Office of David Dastrup

Our Client was charged with a criminal misdemeanor DUI and enhancement for refusal to submit to a chemical test. The Redondo Beach Police said they had probable cause to arrest our client for a DUI with a traffic accident. Despite the collision and refusal to take a breath test, we had the DUI charge dismissed and the refusal enhancement stricken, in exchange for reckless driving. This fantastic result reduced probation by 2 years and avoided a court-triggered California Driver License suspension. This traffic criminal defense case was at Torrance Superior Court of California, Los Angeles County.

We defend your California Drivers License against the DMV. We fight your DUI in criminal court. Do not let them put you in jail. Do not let the police and DMV take away your driver's license. The DUI was unexpected. Now it is time to take charge and defend your rights. We take immediate action with the DMV for you. Then, we prepare your criminal defense. We fight DUIs in Southern California, including throughout all of Los Angeles County, e.g., Long Beach, West Covina, Torrance, Airport, Metro; and Orange County, California.

Yes, sometimes. While most Los Angeles area police citations on the roadside are non-criminal, there are many types of California Vehicle Code sections that are criminal offenses. The most common examples are DUI, Suspended License, Reckless Driving, Exhibition of Speed, Speed Contest, Hit and Run… and many others. It is common for someone who is cited with a traffic crime to not know it is a criminal case. This is usually because they are not arrested and their vehicle is not impounded, but instead the police allow them to drive away with the misdemeanor criminal traffic ticket. However, police have procedures they can follow that allow them to release someone instead of arresting that person so long as they sign a promise to appear in court. It is called a “Cite and Release.” Learn more by visiting us online, or if you or a friend need to know whether you were cited in Southern California with an infraction or a misdemeanor, give us a call at 562-852-0212. We are here to help.

2019 The California Legislature imposed new laws for a suspended license because of a DUI in criminal court and at the DMV under APS law. These suspended license and restricted license laws went into effect on January 1, 2019. It applies to all of California, including Southern California drivers in Los Angeles County and Orange County but some variation between counties. The major changes involve installation of an ignition interlock device and the driver’s license suspension time or restricted driver’s license time. In most common situations, a driving privilege suspension by the DMV under Administrative Per Se law, can be made into a restricted license with the installation of an IID-restricted California Drivers License, SR22 insurance, and enrollment in a DUI alcohol program. For example, someone arrested by the CHP for a first time DUI in Long Beach, CA, who receives a 30-day temporary license, may qualify for a restricted license instead of a hard suspension, by satisfying certain terms that include installing an IID. 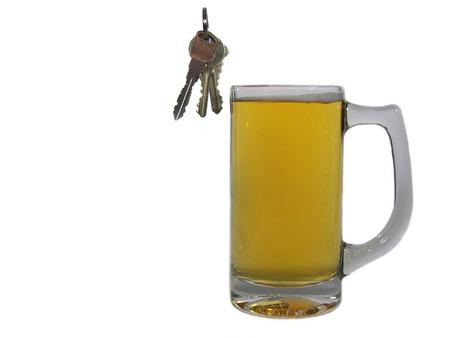