The Most Common Suspended License 14601.1

Note that VC 14601.1 may be charged as an infraction instead of a misdemeanor. This is called a “wobblette” because the case can go either way, criminal or non-criminal.

Punishment if Convicted of Driving on a Suspended License

Regardless of whether it is a misdemeanor an infraction, a prior conviction can still be used against you to make the second case punishable with mandatory jail of 5 days and a mandatory higher fine of $500 ($2100), with a maximum of 1 year in jail and a $2000 ($8300) fine. For example, if Joe is convicted of 14601.1 in traffic court, as an infraction, there is no jail and the fines are lower. However, if a year later Joe is charged with 14601.1 again, now the prosecutor will allege that prior conviction, even if not criminal, and now Joe is at risk of mandatory jail of at least 5 days.

The other important, very important, consideration is that both as an infraction (non-criminal) or misdemeanor (criminal), a conviction of 14601.1 still results in 2 negligent operator points for 7 years on the DMV driving record. For example, if Joe gets convicted of both cases in the above example, now Joe will have 4 points on his driving record. (If those points were all within a year, that would mean a brand-new suspension by the DMV—but that is for another discussion.) To put this into perspective, a speeding ticket is only 1 point for 3 years, but a suspended license ticket is 2 points for 7 years, so that is 3 points compared to 14 points, if you do the math. And insurance companies do the math when they raise rates astronomically, or simply drop a suspended license convict as un-insurable.

It is worth noting that if there is a failure to appear on the suspended license case, if in criminal court in Westminster, Fullerton, Santa Ana, or Newport Beach in Orange County California, the judge or court clerk will usually issue a new license hold. This means that the driver/defendant has to clear up the original hold and now another hold. This is important because the court may not clear the hold on the criminal case until the criminal case is resolved. This denies the defendant a chance to get her/his license back, which is critical in negotiating for a better plea-bargain on the suspended license charge. Notwithstanding, we are often able to work with the court to help our clients get their license back and get the suspended license charge dismissed.

In conclusion, the most common suspended license is because of not appearing on a ticket. 14601.1 can be charged as an infraction or a misdemeanor. It is priorable, causing mandatory jail. DMV consequences are 2 points for 7 years.

This other most common violation of driving on a suspended license, California Vehicle Code 14601.2, is for driving after your license is suspended due to a DUI conviction. This includes the most common types of DUI convictions, 23152(a) driving while under the influence of alcohol, and 23152(b) driving with blood alcohol content .08% or greater.

The reason I list this one second, is this discussion is more involved, more serious. 14601.2 Driving on a suspended license because of a DUI conviction is very common. However, because of laws that went into effect January 2019, this charge may be seen less, but only for those that take advantage of these newer restricted license laws. The other difference between 14601.1 and 14601.2 is that most—not all, but most—people with this charge know their license was suspended, so it is usually not a surprise.

It would be virtually impossible to be convicted of a DUI and not know it. However, sometimes people do not understand the complicated license suspension issues that go along with a DUI. And courts usually do not verbally tell people that their license is suspended, although they could. (Note that the court paperwork to enter a plea-bargain does states that there are DMV consequences, even a suspended license. But the details are not clear enough to be understood.) Since the license suspension is something that happens from the DMV, court judges skim over that part of sentencing, usually never saying on the court record that the license is suspended. This is good thing for reasons of a notice defenses.

The knowledge issue is similar for all of these suspended license charges. (This defense deserves its own full discussion.)

The maximum punishment for 23247(e) is 6 months in jail and $5000 ($20,600)—yes, that is an extraordinarily high fine for a misdemeanor. However, there is no minimum punishment, meaning jail time is usually avoided for this offense, and the fine is usually much lower than the maximum. Unfortunately, separate from criminal sentencing, the DMV will immediately terminate any restricted license and impose the original suspension or revocation term. The DMV will also give a one-year license suspension.

This offense is becoming more and more common in Los Angeles Superior Courts, probably as the prosecutors become more familiar with DMV laws because of more recent requirements to ignition interlock devices. (Remember, prosecutors are in court, not at the DMV, so they usually do not focus on DMV consequences.) The only upside to a conviction of 23247(e), failure to have an IID when required post-DUI conviction, is that it does not carry any negligent operator points. But this usually overcome by most often being charged alongside 14601.2 that does have negligent operator points. For most people who need to drive, a conviction of 14601.2 is better than a conviction of 23247(e) for not having an IID. Avoiding a new license suspension is the main goal.

Driving on a suspended license under California Vehicle Code 14601.5 usually involves a suspension due to a DMV decision that a person was driving with .08% or greater blood alcohol content (“BAC”). However, there are other reason, including a person on probation for an alcohol DUI had .01% BAC, or a person subject to a preliminary alcohol screening test refused that test, or a person under 21 had .01% BAC (does not have to involve driving), or a commercial licensed driver drove with 04% BAC.

The upside of this charge is that if it was for a DUI by the DMV, not a court conviction, then getting a restricted license may be the best way to fix the problem, especially for negotiating in court to acquire a relatively favorable result. The downside is that some of the reasons for this suspension cannot be fixed timely.

Driving on a suspended license under California Vehicle Code 14601 usually involves a suspension due to negligent operation, reckless driving, or even for DMV refusal to renew a license because of drug addition, alcoholism. 14601 also applies when a license was taken away or not renewed because of physical or mental disability, disease, or disorder, that could affect safe driving, for example, a lapse in consciousness or an episode of confusion that may bring about recurrent lapses.

A second conviction of 14601(a) within 5 years is now punishable by 10 day to 1 year in jail, and the fine almost doubles.

These last two driving while suspended laws, 14601.5 and 14601, are less common but still result in risk of jail, high fines, and 2 negligent operator points for 7 years. They can be more serious because many of the reasons for the suspensions are harder to negotiate away due to the nature of the underlying reason, especially including that it may take longer for someone to get their license back if suspended for these reasons.

Sometimes if someone does not have notice about driving on a suspended license, they may be charged with California Vehicle Code 12500, Driving Without a License. This offense may be criminal or non-criminal, just like 14601.1. However, it does not carry the serious DMV consequences, but it is still subject to jail and high fines, even probation. (We will leave this for another discussion on CVC 12500.)

Most suspended license issues are related to failure to appear in traffic court or because of a DUI. It is important to be aware of the risk of jail, but equally important to consider the DMV consequences. When charged with any driving on a suspended license violation, the next steps should always be figuring out how to get one’s license back and hiring an attorney for proper competent legal defense in court. A good attorney will help you understand how to get your license back, in preparation for going to court.

Attorney David Dastrup has defended hundreds of clients with driving on a suspended license charges in Los Angeles and Orange County California Superior Courts. He has the experience you need to put this behind you. We, at the Law Office of David Dastrup, will take care of you. Call today to talk to make an appointment to talk directly to the Attorney, 310-817-5899.

DRIVING WITH A SUSPENDED LICENSE 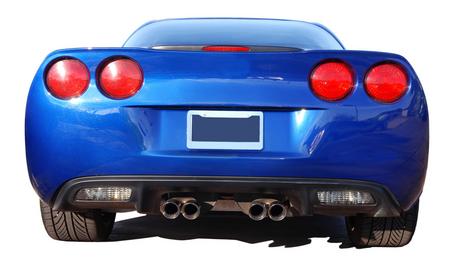 It is important to know what consequences you face. Our Attorney can explain your case to you, by calling 310-817-5899, or you can research here for the different types and consequences associated with driving on a suspended license.

Driving on a Suspended License can be a serious Criminal and DMV offense.