Accused of Petty Theft? Was it a misunderstanding? Need a Criminal Defense Attorney to fight in your corner?

Contact our Attorney Today to discovery your rights and opportunities.

Our attorneys have extensive experience in all of Los Angeles County Superior Courts of California and in the Justice Centers of the Superior Courts in Orange County California, and surrounding counties. (This includes several courts in the greater Los Angeles area, including Compton Court, Downey Court, Bellflower Court, Long Beach Court, Airport Court, Metropolitan Court on Hill Street, West Justice Center, and Central Justice Center in Santa Ana, to name only a few courts.)

Our Client, the Defendant, was charged with a misdemeanor of Petty Theft. The alleged theft occurred at Target in Gardena, California.  Gardena Police Department responded to a call from Target about someone stealing two Xboxes. The police report read that a person put the Xbox under their jacket and walked out of the store. Then the police were called. Then, the person returned into the store to steal a second Xbox (apparently, the video game system was not locked up at the time, as they usually are) by stuffing it under their jacket and walking out of the store.

The person got into a car waiting outside Target and tried to leave but the police had just arrived and stopped the vehicle. There were two people in the getaway car, our Client and the driver. The car was owned by someone related to our Client, so the registration was in our Client’s last name.

This all happened after a first Xbox was stolen, according to Target surveillance and the police report. Initially, our Client was allegedly driving the car that the person got into the first time around. The car then circled around the store and came back to pick up the person with the 2nd Xbox. However, when our Client figured out what the other two people were doing, our Client did not want to drive. So, the other person forced our Client to get out of the driver seat.

Because our Client could not leave the car and had no other transportation, Client got into the passenger seat. The car was then driven by the other person, who drove it back to the front of Target in Gardena to pick up the third person who had an Xbox under their jacket that was not paid for. This time, the car was stopped by Gardena Police, who had responded to Target’s call of a theft occurring. Target security guards acted so fast that the Gardena Police were already at Target, arresting both the person exiting Target with property that was not paid for and separately stopping the car arresting the persons in the alleged getaway car.

All three persons were charged with theft, as a misdemeanor criminal charge, punishable with a year in jail, $4,200.00 of a fine with fees and penalty assessments, and or a lesser jail sentence but with summary probation (informal probation) for 3 years. In addition, criminal restitution, paying back Target for damages and losses would be required. There were also illegal drugs in the center console of the car, and the other two persons had prior criminal records, including multiple drug possession misdemeanors and a robbery with a gun felony.

The above is not how the police report read, but is how our Attorney was able to make the court and prosecutor see what really happened. The judge at Torrance Court recommended that we go to trial but our Attorney rejected this proposal (with our Client’s permission) because putting a Client on trial sitting right next to two other defendants with criminal records, who were in fact guilty, would have made our client appear guilty, like that phrase, “He who sleeps with dogs wakes with fleas.” Thus, trial was the wrong way to go

Fortunately, Attorney David Dastrup was able to have the criminal charges dismissed against our client with about 2 days of community service. When the evidence to be testified to by Gardena Police and the Target security guards and actual video surveillance, put our Client in the driver seat, literally picking up and driving away the actual thief, and with the stolen property in the car our Client was driving, our Attorney knew that this kind of video and testimonial evidence would not fair well in front of a criminal jury. Thus, in being able to convince the judge and Los Angeles Deputy District Attorney at Torrance Court that our Client was innocent, finding oneself in a bad situation and wrongly accused of a crime, our attorney had the case dismissed, a full dismissal of petty theft charges. 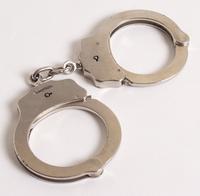