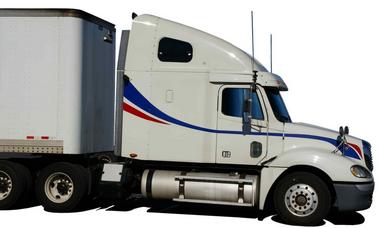 Misdemeanor  California Vehicle Code 35784(a) extralegal load without a permit.

(a) This section applies only to trucks and vehicle combinations while transporting loads composed solely of logs.

(c) The gross weight limits expressed in this section shall include all enforcement tolerances.

(d) If any total gross weight permitted by this section is exceeded, the allowed weight in pounds set forth in subdivision (a) of Section 35551 shall be the maximum permitted weight for purposes of determining the amount of fine for such violation as specified in the table in Section 42030; except that, whenever the violation is for exceeding the total gross weight for two consecutive sets of tandem axles, and if the overall distance between the first and last axle of such sets is 34 feet or more, the allowed weight on the two consecutive sets shall be 68,000 pounds.

(e) This section shall have no application to highways which are a part of the National System of Interstate and Defense Highways (as referred to in subdivision (a) of Section 108 of the Federal-aid Highway Act of 1956).

(a) Except as provided in subdivision (b), it is unlawful for any person to violate any of the terms or conditions of any special permit.

(b) In an incorporated city where compliance with the route described in a special permit would result in a violation of local traffic regulations, the permittee may detour from the prescribed route to avoid violating the local traffic regulations if the permittee returns as soon as possible to the prescribed route. A detour under this subdivision shall be made only on nonresidential streets.

(d) The guilt of an employee or independent contractor under subdivision (c) shall not extend to the permittee employing that person unless the permittee is separately responsible for an action causing the violation.

(e) A violation of equipment requirements contained in Division 12 (commencing with Section 24000), by any person operating a pilot car shall not be considered a violation of any terms or conditions of a special permit under subdivision (a).

(f) (1) Any person convicted of a violation of the terms and conditions of a special permit shall be punished by a fine not exceeding five hundred dollars ($500) or by imprisonment in the county jail for a period not exceeding six months, or by both that fine and imprisonment.