CAN YOU GET THE EVIDENCE AGAINST ME THROWN OUT OF COURT?

If law enforcement violated your constitutional rights in obtaining DUI evidence that the prosecuting attorney tries to use against you in criminal court, your criminal defense attorney can file a motion to suppress evidence and keep it out of court. This article addresses common questions about motions to suppress and explains how this powerful defense tool can be used to your advantage.

What is a “motion to suppress”?
A “motion” is a formal (usually written) request filed with the court. A motion to suppress is a request that the court toss out or “suppress” certain evidence in a criminal case.

What types of evidence can be suppressed?
Evidence that was unlawfully obtained, in violation of your constitutional rights, is subject to suppression. This includes:
• Tangible physical evidence (e.g., a weapon, drugs or drug paraphernalia, clothing, a computer)
• Testimonial evidence (e.g., statements you made to the police, including an alleged “confession”; or statements
overheard by the police)
• Out-of-court identifications, by means of a photo array, mug shot review, lineup or show-up.
• Evidence that is derived from unlawfully obtained evidence.

What are the common legal grounds for a motion to suppress?
The United States Constitution establishes your fundamental rights in relation to the criminal justice system. These
rights include:
• The right to be free from unreasonable searches and seizures;
• The protection against self-incrimination, so that you cannot be forced to be a witness against yourself;
• The right to an attorney to assist in your defense; and
• The right to due process of law and equal protection under the law.
• If those rights are violated, you may have grounds for a motion to suppress.

What types of situations might support a motion to suppress?
Common situations that may support a motion to suppress include, for example:
An unlawful search and/or seizure, which may occur if:
• Officers had no warrant in a situation in which a warrant was required;
• Officers had a warrant, but it was defective or flawed;
• Officers had a proper warrant, but it was improperly executed;
• Officers were not legally on the premises where the evidence was seized;
• The search exceeded the area specified in the warrant;
• The search went beyond the items specified in the warrant.
An unlawful out-of-court identification, which may occur if the process used to identify you as a suspect or perpetrator
-- e.g., having the witness review mug shot books or a photo array or line-up at the police station – was unfairly
prejudiced against you.

A break in the chain of custody. Detailed procedures are in place to safeguard evidence and ensure it is not tampered
with from the moment it is seized until the moment it is brought to court. If these procedures – referred to as “chain
of custody” rules – are not strictly followed, then your right to due process may have been violated and your attorney
may have grounds for a motion to suppress.
An unlawful interrogation. You may have been subjected an unlawful interrogation if:
• You were not advised of your rights;
• Officers continued to question you after you requested an attorney;
• The conditions of the interrogation rendered your statements unreliable;
• You were subjected to physical force or threats during an interrogation.

When is a motion to suppress usually brought?
A motion to suppress is usually filed during the criminal defense pretrial stage of the case, before trial. This is after your DUI defense lawyer has had an opportunity to review the police report and other evidence; interview you; and conduct an independent investigation.

My lawyer filed a motion to suppress. What happens next?
The judge will either rule on the motion immediately, based on sworn statements and other evidence filed with the
motion, or set a date for a hearing.

What happens at the hearing?
At the hearing, the judge will hear testimony from witnesses and legal arguments from the attorneys. The prosecutor
will call law enforcement officers to testify about what happened during their encounter with you. Your defense
attorney then will have the opportunity to cross-examine these officers. The goal of cross-examination is to show that
the officers’ testimony is unbelievable because of bias; a motive to lie; an inability to observe what they claimed to
have observed; or impaired perception. Your attorney can also undermine an officer’s credibility by showing that his
testimony at the hearing is inconsistent with what he wrote previously in his police report.
In addition to law enforcement officers, other witness also may be called to testify as to what happened during the
police encounter (e.g., persons who were present when officers entered your home or the passenger in the car with
you when you were pulled over).

What happens if I win the motion to suppress?
If the judge rules in your favor, then the evidence at issue in the motion will be banned from court (“suppressed”). This
means the prosecution cannot use it in court to try to prove its case against you. The prosecution still is allowed to try
to prove its case using other evidence. If, however, the evidence that was suppressed is so crucial to the prosecution’s
case that there is insufficient evidence remaining to prove the charges against you, the judge might decide to dismiss
one or more of the charges or even the entire case. At the very least, winning a suppression motion may result in a
better plea offer.

What happens if I lose the motion to suppress?
If you do not win the motion to suppress, then the case continues moving forward toward trial. However, even if you
lose the motion, this process can be valuable to the final outcome of your case. After all, a motion to suppress gives
your criminal defense lawyer an opportunity to learn more about the prosecution’s case against you; to observe the
prosecutor’s style and demeanor in court; and to see how the officers involved react to cross-examination. All of this
will be will be of great assistance at trial.

What can I do to help my lawyer win the motion to suppress?
Tell the truth – the whole truth. Motions to suppress are won or lost on specific facts. Your lawyer needs a detailed
and accurate account of exactly what happened in your encounter with law enforcement. Remember that your
conversations with your lawyer are protected by the attorney-client privilege, so the substance of those conversations
is confidential. Be scrupulously honest and tell your lawyer the whole story. Details that may seem unimportant to
you may be highly relevant to your lawyer. 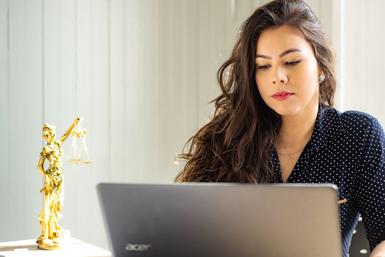