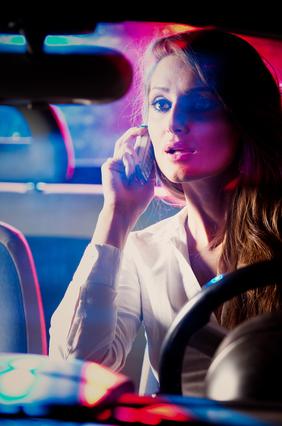 Driving on a suspended license is a crime in California. This comes as a shock to most people since it does not sound that serious, and it does not involve violence, drugs, or theft. However, as a misdemeanor, there can be mandatory jail, making it more serious than one might expect.

In addition, driving on a suspended license is punishable with high fines and serious California Drivers License consequences and DMV records. Jail can be up to six months or one year, and, depending on your situation, may carry mandatory jail. However, occasionally, driving on a suspended license can be filed in court as an infraction, specifically California Vehicle Code section 14601.1(a). An infraction removes the concerns with jail. Nevertheless, the fine may still be relatively high. Furthermore, an infraction still carries serious DMV consequences: two negligent operator points for seven years. Once the points are added to a DMV record and a Los Angeles driver’s auto insurance company takes notice, the insurance rates will go up significantly. Some insurance companies may even drop a driver or deny insurance.

There are different kinds of “driving on a suspended license” charges. However, the most common is probably CVC 14601.1(a) for driving a motor vehicle while the license is suspended or revoked for offenses not related to driving ability. This usually occurs for failure to appear on another case. For example, if a driver gets a speeding ticket in San Diego California, but fails to appear in North County Traffic Court in Vista, in San Diego County by the due date on the bottom of the speeding ticket, the Court Clerk will notify the DMV of the failure to appear. The California Department of Motor Vehicles will then eventually suspended the California Drivers License of the licensee. If, subsequently, the licensee/driver is pulled over for any reason in the South Bay by a Torrance Police officer, then the driver will be charged with driving on a suspended license filed at the Southwest District Court by the Torrance City Attorney’s Office. (The driver should still resolve the Compton Courthouse speeding ticket immediately, the case with the CVC 40508 and 40509.5 failure to appear that caused the suspension.)

The other extremely common driving on a suspended license charge is 14601.2(a) for driving on a suspended license due to a DUI. This usually occurs when a driver fails to provided proper proof of completion of a post-DUI-conviction alcohol program or fails to pay the mandatory license re-issue fee to the DMV even after complying with all of the other DMV requirements post-DUI-conviction. A first offense of VC 14601.2 in the Superior Court of California, whether in Orange County or Los Angeles County, carries mandatory jail of ten days with a maximum of six months. A second offense within five years carries mandatory jail of thirty days with a maximum of one year in jail. The fine also goes up significantly.

DRIVING ON A SUSPEND LICENSE