Yes, sometimes. While most Los Angeles area police citations on the roadside are non-criminal, there are many types of California Vehicle Code sections that are criminal offenses. The most common examples are DUI, Suspended License, Reckless Driving, Exhibition of Speed, Speed Contest, Hit and Run… and many others.

It is common for someone who is cited with a traffic crime to not know it is a criminal case. This is usually because they are not arrested and their vehicle is not impounded, but instead the police allow them to drive away with the traffic ticket. However, police have procedures they can follow that allow them to release someone instead of arresting that person so long as they sign a promise to appear in court. It is called a “Cite and Release.”

A traffic ticket is a notice-to-appear. Most traffic tickets state in bold letters in the upper left corner that it is a “NOTICE TO APPEAR.” That is why the police have you sign the bottom next to the court date, to prove you were given notice.

And, on the right side of most tickets, next to the alleged violation number and description, there is an option for the citing officer to circle “I” or “M.” The “I” is for infraction, and the “M” is for misdemeanor.

Infractions are non-criminal offenses, like speeding, red-light, stop sign, no insurance, etc. Most infractions are subject to fines and only 1 negligent operator point for 3 years.

Some of the criminal traffic offenses can be reduced to infractions, called “wobblettes” because they can wobble between being a misdemeanor or an infraction. Some examples include driving without a license, driving on a suspended license (not related to DUI), and exhibition of speed. Other traffic ticket criminal offenses cannot be reduced to an infraction, like regular DUIs, reckless driving, speed contest, suspended license due to DUI, etc. (Some traffic criminal offenses are “wobblers,” meaning they can be felonies, punishable with years in state prison.)

However, even if reduced to an infraction, the wobblette traffic violations are still subject to the same serious DMV consequences, and may be priorable. A “priorable” offense means that a second offense has increased consequences. For example, if you are cited and convicted of driving on a suspended license, even as an infraction, if you get another ticket for driving on a suspended license, that new citation may be subject to mandatory jail with an increased maximum jail time, and with higher fines. 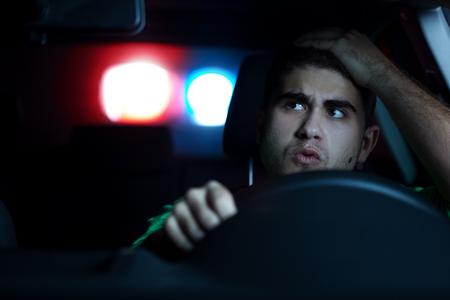