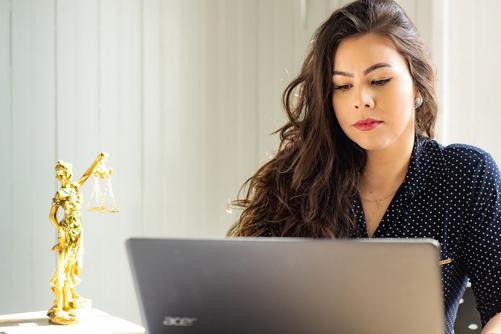 Bankruptcy – Bankruptcy is a legal action to relieve debt problems. Bankruptcy is under federal law and some local state laws but is filed and heard in federal court. Bankruptcy is actually found in the U.S. Constitution, probably originally to encourage entrepreneurship and growth of business when our Country was new, and to overcome the Old-World traditions of debtor’s prison that essentially stopped work, production, growth, and income. However, today, most bankruptcies are filed by individuals, for consumer debt relief, under the Bankruptcy Code, especially Chapter 7 of Title 11 of the United States Code.

Creditor – The creditor is owed money from the debtor. A creditor is a person, natural or business entity, that has a claim against a debtor. Generally, regarding a creditor’s involvement in the bankruptcy, the claim must be at or before the order for relief.

Debt – A debt is a liability on a claim.

Insolvent – A debtor is said to be insolvent when he is unable to pay debts.

Dischargeable Debt – A debt that the law allows to be eliminated in bankruptcy, releasing the debtor’s personal liability.

Unscheduled Debt – An unscheduled claim is when a debtor fails to list a claim on the bankruptcy schedules filed with the court. The debtor may lose the benefit of the discharge of an unscheduled debt.

Reaffirmation Agreement – Although highly unrecommended, a debtor may seek to keep collateral by reaffirming a loan. A reaffirmation agreement is when a chapter 7 debtor, after bankruptcy, re-starts paying a discharged debt to try to keep collateral that would otherwise be repossessed (e.g., paying an auto loan to keep the car) or other reason (e.g., mistakenly thinking it will improve credit or reputation).

Claim – A claim is a right to a payment. A creditor’s assertion of a right to payment from a debtor or the debtor’s property. Claims are broadly defined.

Secured Claim – A secured claim is a debt backed by collateral. A creditor may have a perfected lien or a right of set-off against the debtor’s property. If the debtor fails to pay the debt, the creditor may collect the unpaid balance from the specified property.

Undersecured Claim – An undersecured claim occurs when the value of the property that secured the debt is worth less than the full debt.

Unsecured Claim – An unsecured claim is a debt where the creditor holds no assurance of payment. The loan from the creditor is extended to the debtor based on future ability to pay the loan.

Proof of Claim – A form for creditors to file a statement and documentation of the reason the debtor owes the creditor money.

Unliquidated Claim – An unliquidated claim is a claim for which a specific value has not yet been determined.

Transfer – The means or mode by which a debtor parts with or disposes of property. Anytime money, personal property, or real estate, leaves the debtor, there is a transfer. A transfer may be voluntary or involuntary, depending on if done with the consent of the debtor or by court order or other means.

Some examples of transfers: Paying a credit card bill. Giving a diamond neckless as a birthday gift. A bank repossesses the sports car.

Postpetition Transfer – Transfer of debtor’s property after commencement of the bankruptcy case.

Fraudulent Transfer – If a debtor transfers an asset to protect it from liquidation in bankruptcy, that may be fraud, even if there was no bad intent it can be constructive fraud. For example, an insolvent father transfers title to his car to his son on his 18th birthday. Another example, a couple of years before filing bankruptcy, a woman gives her life savings to a relative.

Actual Fraud – A wrongful act, intent to deceive for personal or financial gain, including any act, concealment, or omission, that breaches trust or confidence, or breaches a legal or equitable duty, that causes damage to another.

Constructive Fraud – Any act, concealment, or omission, that breaches trust or confidence, or breaches a legal or equitable duty, that causes damage to another, even if there was no intent to deceive, even if an honest mistake.

Schedules – The schedules are the official bankruptcy forms where the debtor lists all of the debtor’s financial information, especially including all liabilities and assets. Schedules are filed with the petition for bankruptcy.

Statement of Intention – A Chapter 7 debtor declares the plans for dealing with consumer debts secured by property of the debtor’s estate.

Statement of Financial Affairs – An official bankruptcy form for the debtor to answer questions in writing about all sources of income, transfers of property, lawsuits by creditors, and other financial information.

Perjury – Official bankruptcy forms are signed under penalty of perjury. Perjury is intentionally giving false information under oath. A debtor who fails to disclose assets or transfers on documents filed with the bankruptcy court may be committing perjury, even fraud.

Bankruptcy Assessment – The debtor provides his or her attorney with financial information and documentation to assess eligibility for bankruptcy and a time plan for filing bankruptcy.

Pre-Filing Credit Counseling – Before filing for bankruptcy, the debtor must attend an individual or group briefing from an approved nonprofit and credit counseling agency.

Pre-Filing Document Preparation – The debtor provides his/her law office with any remaining documents and reviews all items. The attorney and debtor meet for a final review and signing of the bankruptcy petition.

Bankruptcy Petition – Bankruptcy commences when the debtor's attorney files the bankruptcy petition with the bankruptcy court. This petition discloses all of the debtor’s finances, including debt, income, property, and property transfers. A certificate of completion of credit counseling is attached to the petition.

Automatic Stay – The automatic stay is an order that prohibits most creditors from contacting and collecting from the debtor. This includes stopping creditors from calling, collecting money, repossession ing property (e.g., no car repo), home foreclose, putting liens on property. (The is temporary protection. Secured creditors may seek to lift the stay.)

Supporting Docs to Trustee – Before the meeting of the creditors, the debtor must provide the trustee with documents proving statements on the bankruptcy petition (e.g., pay stubs, tax returns, banks statements, titles to property).

Pre-Discharge Credit Counseling – After filing for bankruptcy, an individual in Chapter 7 or Chapter 13 bankruptcy, must complete an instructional course in personal finance management before a discharge will be entered.

Order of Discharge - A win for the debtor in bankruptcy is called a discharge. The United States Bankruptcy Court mails the debtor a notice of granting a discharge of debts. This cancels obligations to payback the discharged debts.