DUI - Driving under the influence of alcohol and driving with blood alcohol content  .08% or greater.

Arrested and accused of a DUI in California can be a shocking and frustrating experience. Many DUIs start with a speeding ticket or unsafe lane change violation of the California Vehicle Code. However, after a police officer observes the smell of alcohol coming from the driver, bloodshot watery eyes, slurred speech, and or lack of smooth pursuit in the eyes, then the officer will ask the person to step out of the vehicle. Once they are up walking, officers usually accuse someone of having unsteady gait and swaying side to side. These are common checklist items police accuse virtually everyone of that they arrest for DUI.

​A DUI detention in Long Beach or Los Angeles, or any city in California, may be the result of a simple, "Yes" response from a driver. Driving under the influence of alcohol criminal charges most often start from small situations. For example, if a driver admits to drinking when pulled over for running a stop sign, the officer will instruct the driver to step out of the vehicle.

Making such an admission of drinking and driving usually isn't completely freely provided to a Los Angeles County Sheriff's Deputy or other police officer. However, if you are stopped by police, whether Torrance Police, Redondo Beach Police, Manhattan Beach Police, or any other police department in Los Angeles, California, or Orange County, O.C., California, the cop will ask the question, "Have you had anything to drink?" or a similar DUI investigation question. Maybe the O.C. Sheriff or CHP Officer in Orange County, CA, will ask, "How much did you have to drink tonight?" Or, "What did you have to drink tonight?"

If a driver admits to drinking, the officer will detain the driver long enough to do FSTs, field sobriety tests. These include small balance or instructional tests that seem simple. However, several small deviations, such as missing steps, not counting the right way, etc., will result in the officer deciding she or he has probable cause to make a DUI arrest. Often before arresting someone for a DUI, the officer will ask the driver if they would like to take a breath test.

A breath test is a device that measures the amount of alcohol blown into the device. The driver blows into the device and the air that is presumably from the lungs will have alcohol in it that in theory can be translated in BAC, blood alcohol content.

Most times, once an officer has detained a driver, forcing them to take Field Sobriety Tests, whether or not a driver submits to a roadside breathalyzer test, the person will be arrested for DUI. So rejecting the breath test device does not mean the officer will not arrest. It is likely that the cop would not even ask someone to the take the test unless they already decided to arrest someone. Likewise, refusing to submit to this preliminary alcohol screening device will still result in be arrested. However, if you take the test and it is low, that will increase the chances of not being arrested and charged with a DUI misdemeanor.

(a) It is unlawful for a person who is under the influence of any alcoholic beverage to drive a vehicle.

(b) It is unlawful for a person who has 0.08 percent or more, by weight, of alcohol in his or her blood to drive a vehicle. . .

There is more law, and more roadside discussion of DUIs, but that is for another time. If you need legal defense for your DUI, call the attorney at 310-817-5899. 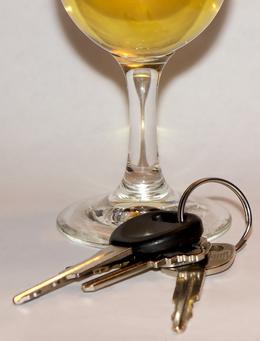 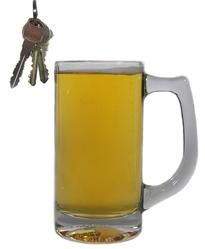